"Little Mosque on the Prairie" cast with creator Zarqa Nawaz in front.

by Admin
in Entertainment
0

This year’s Golden Globe nominations, in which for the first time three Muslim actors got nods, were a reminder that in the last few years, the television industry has allowed Muslims to go beyond “representing” on the small screen to actually portraying characters who are human beings. There are still too many stereotypes answering TV writers’ need for a villainous terrorist bomber, but in the great cultural mirror that is TV, it can be said that a start has been made.

Here are a few shows, from glossy network productions to web series, that Muslims — and those interested in the Muslim experience — can stream without eye rolls.

Even the Canadian series’ creator, Zarqa Nawaz, admits this gentle sitcom, the story of a mosque operating in borrowed space in a Christian church, would necessarily have more edge today. While it explored the encroachment of Western culture on the mostly immigrant Muslims of (fictional) Mercy, Saskatchewan, it only rarely shows Muslims claiming their place in the culture. But if “Little Mosque” offers a portrait of a gentler time, it can be sublime in its loving depiction of daily life in and around a mosque.
Purchase the first four seasons on Amazon Prime Video. 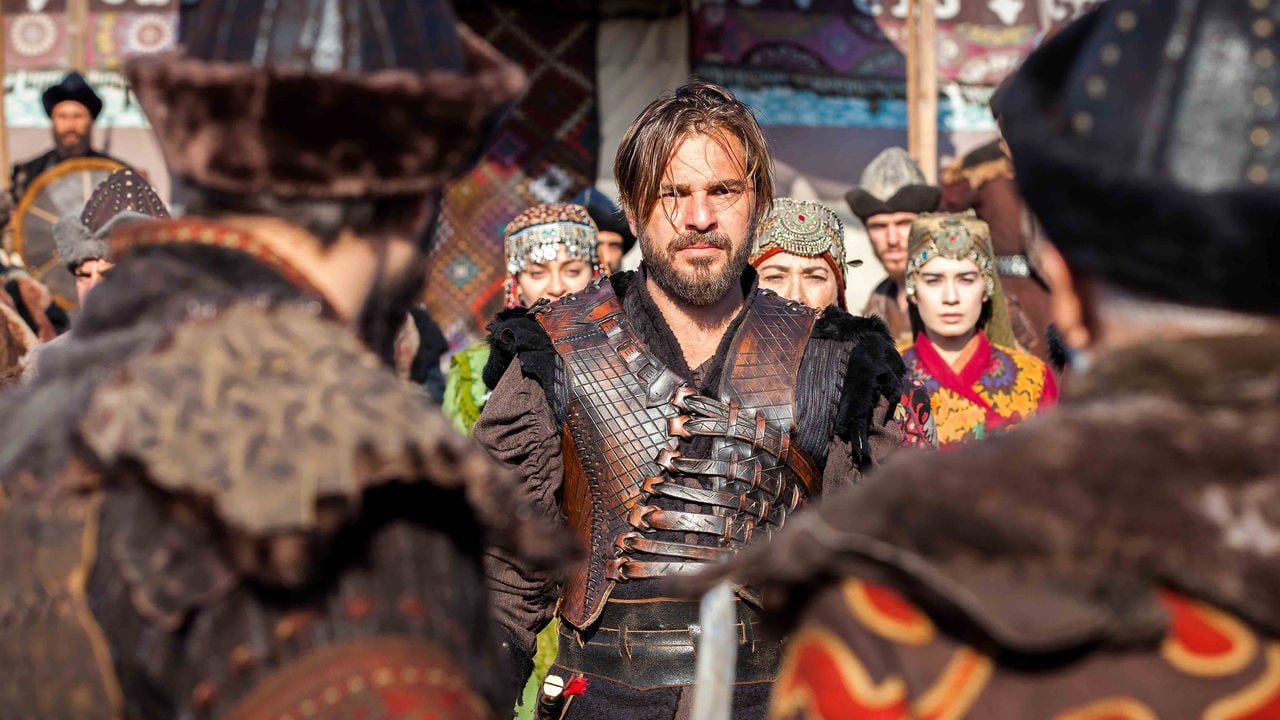 A smash hit not only in its native Turkey but around the Islamic world, this horse-and-sword epic is set in the real-life, 13th-century court of Ertugrul, the father of Osman I, the founder of the Ottoman Empire. Ruling with fairness, rooting out oppression and corruption, Ertugrul is a model for a Muslim society founded on valor and true Quranic values, harking back to the heyday of Syrian prominence and victories over Christian crusaders’ land grab.

This sitcom about a millennial Egyptian American in Northern New Jersey has earned its breakout star and writer, Ramy Youssef, a Golden Globe Award, and other accolades. Varying in tone from dark comedy to full-on drama, the show deals with everything from sexuality and racism to terrorism and the fallout of the Arab Spring. Part of the laugh-out-loud pleasure is the crew of supporting actors that includes Oscar-winner Mahershala Ali. But the show is at its best when focused on the titular character’s struggle to balance the Muslim faith requirements with life in secular America. 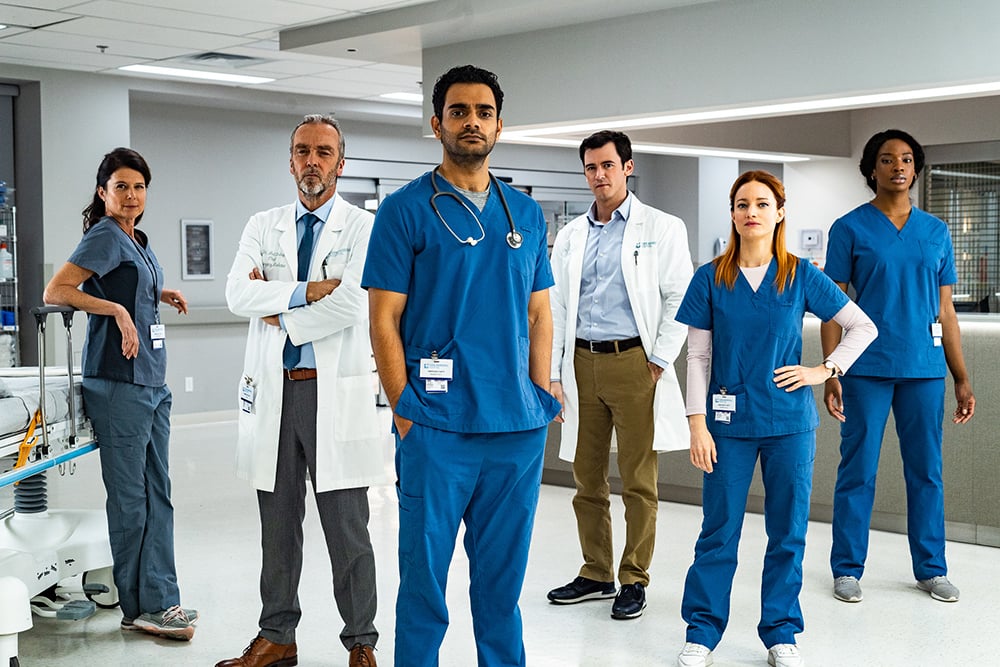 Picked up by NBC after a successful first season in Canada, this show follows the ups and downs of a Syrian medical doctor, played by the soulful Hamza Haq, who has fled his country after doctoring for the uprising. He pitches up in Toronto and is working in a kebab shop when, through a twist of fate, he gets a second chance to work in an E.R. in a big city hospital. (Like Mobeen, Bashir, the M.D., is also taking care of his sister.) While at heart a medical mystery show with flashbacks to Syria salted in, “Transplant” focuses on a credible Muslim who wants nothing more than to do good in his new home.

This BBC comedy-drama is built around comedian Guz Khan’s YouTube shorts, which featured a buff, volatile Mobeen, a resident of Birmingham’s Short Heath neighborhood, who is looking out for his precocious little sister, Aqsa while trying to adhere to Deen — and stay away from his former mates who dabble in drug dealing (and confuse Deen with Dean, the scam artist down the block who sells counterfeit Timberlands). The first season relied on standard sitcom situations, but subsequently, the show has taken a darker but more meaningful turn that shows Mobeen caught between his leap of faith and Short Heath’s gritty reality. 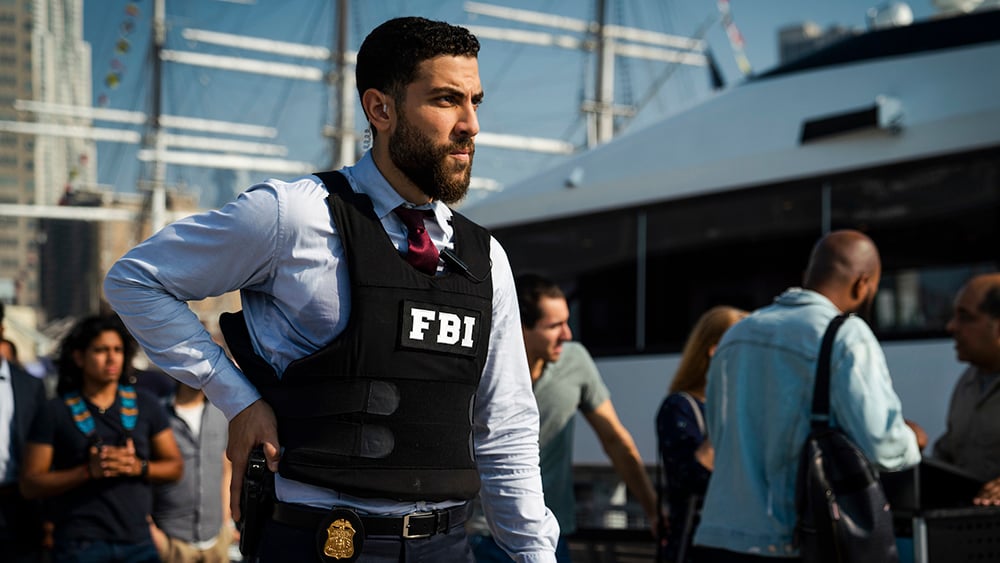 Omar Adom “OA” Zidan and Maggie Bell, FBI agents who work out of the bureau’s New York office, bring intellect and technical expertise to investigate terrorism, organized crime, and counterintelligence plots against the city and the country. Like “Transplant,” it’s primarily a procedural, albeit an above-average one, from the team that brought you “Law & Order,” but in OA, Muslims can watch one of their own on TV whose beard isn’t a sign of evil and who is chasing down the bad guys instead of building bombs

Spurred by the Trump administration’s so-called Muslim travel ban in 2017, Margari Aziza Hill, a founder of the Muslim Anti-Racist Collaborative, teamed up with Sameer Gardezi, a writer for “Modern Family,” to produce this web series about two very different young Muslim women who share living quarters in East L.A.: Aisha, an African American Muslim, and Farha, from a Bangladeshi immigrant family. The 10-minute episodes are thick with pop-culture references, cringey auntie-meets-modernity moments and clever, heartfelt writing.

How WWE superstar Mustafa Ali fasts, works out and performs during Ramadan

From hijabs to Ramadan: how a Canadian couple is demystifying Islam on social media