Trauma and hope after 4 years of Trump: Pittsburgh-area Muslims hope for a better day from the next administration

by Admin
in News, Uncategorized
0

Marginalized and underrepresented communities across America will remember four years of the Trump presidency as ones of hopelessness and despair.

A 2018 study has found a clear correlation between Trump campaign events and a spike in hate crimes. Victims of those hate crimes were targeted for their religion, color of skin, and gender. Among many policies that challenged the American ideals of life, liberty, and pursuit of happiness, the Muslim Ban, an executive order signed by President Donald Trump stands distinct. It not only restricted a specific group of people from entering the United States because they came from Muslim-majority countries such as Somalia and Syria, but also led to the stigmatization of Muslims living peacefully in the United States. In the presidential election of  2020, Muslim voters spoke in a historic turnout, with almost 80% of the eligible Muslim voters making their voices heard. According to an exit poll conducted by the Council on American-Islamic Relations [CAIR], a large share of this Muslim vote, almost 70%, went to the Democrats.

American Muslims, as a community, have struggled over the years to set their voting priorities.

In the past, conservative religious values, exemplified by the Republican party, claimed the majority of the Muslim vote. However, over the years, the Democrats won the Muslim vote by aligning themselves with causes, such as social justice, immigration, and the Black Lives Matter movement — issues that American Muslims hold close to heart. The swing in the Muslim vote from Republican to Democrat significantly changed during the presidential election of 2016, when only 15% of Muslims thought favorably of Trump. For this story, I surveyed Muslim voters with ties to the Pittsburgh area to explore what living through four years of Trump’s presidency looked like and what this important voting bloc expects from its elected representatives.

What did Muslims vote for in the 2020 election?

The Pittsburgh area is home to an estimated 10,000 Muslims. “We are a small percentage of the population, less than 1% nationally, but in some very important swing states, Pennsylvania, Ohio, Michigan, Wisconsin, Virginia, North Carolina to some degree, we are 2-3% of the population,” said Dalia Mogahed, research director for the Institute for Social Policy and Understanding [ISPU]. According to Mogahed, “the Muslim community can’t be ignored,” considering the fact that the margin to win electoral votes in some battleground states is a fraction of a percentage.

Pittsburgh-area Muslims agree. Saad Mahmood is an emergency room physician who grew up in the Pittsburgh area and has lived in the region since 1987. He said that he would like to stress to Americans of faiths other than Islam that “a lot of what we want is what they want.” 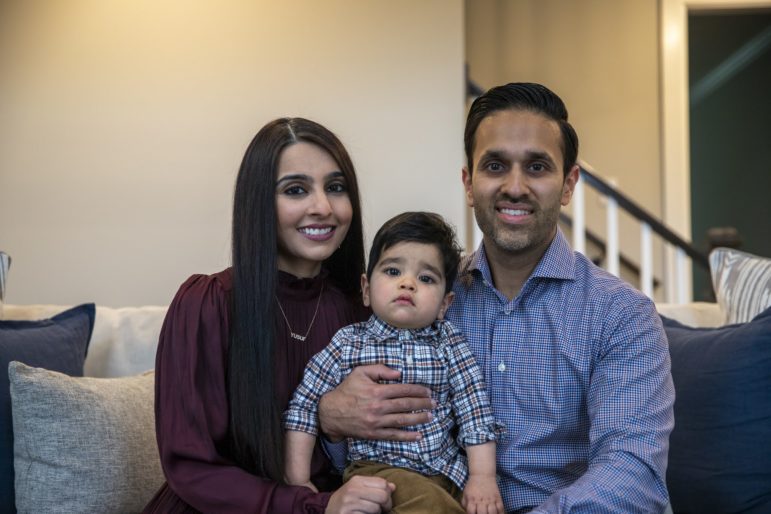 Saad Mahmood, pictured with his family, said he believes Democrats don’t seem to be hesitant to align with Muslims.

Mahmood believes that Muslim voters, in particular, are looking for elected officials who respect their religion and culture and do not otherize them. “When you are a parent and you are looking at your children and you know that they are going to grow up in this country, knowing that they will have a place is important,” said Mahmood, alluding to his one-year-old son. He believes that the Democrats are not hesitant or “afraid” in aligning with Muslims, and that makes a difference for the Muslim community.

Mogahed, who is currently based in the Washington, D.C. area, has a strong connection to Pittsburgh. Her family relocated from Cincinnati to Pittsburgh in September 2001 for her husband’s work and her graduate work at the University of Pittsburgh. The couple had a one-year-old son at the time. “We arrived on the day after the world changed and America changed. I experienced a post-9/11 America in Pittsburgh,” Mogahed said. During her time in Pittsburgh, she served as the outreach director for the Islamic Center of Pittsburgh [ICP]. In this role, she spearheaded a robust educational program to fill in the growing need for accurate information regarding Muslims and Islam. The outreach at ICP branched from Pittsburgh to the entire region.

Dealing with hate, looking ahead

According to Christine Mohamed, executive director for the Pittsburgh chapter of CAIR, the Pittsburgh area has seen hate crimes against Muslims in its own backyard.

“Looking over from 2016, there has definitely been an influx of people facing discrimination,” said Mohamed. 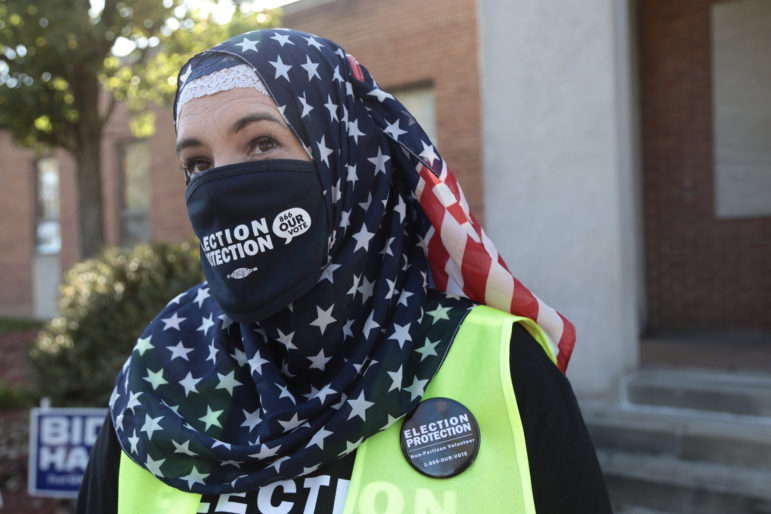 Christine Mohamed, executive director of CAIR Pittsburgh, outside of a polling place in Clairton on Election Day.

As part of an organization that focuses on the protection of civil rights and advocacy, Mohamed’s work has involved working on and helping provide mediation for cases regarding discrimination against Muslims. not only in Pittsburgh but across the region. As an example, she brought up a recent incident that took place in King of Prussia in Montgomery County, where a Muslim man, Farrukh Abbas Hashmi, was physically and verbally assaulted by his neighbor, whom he asked to leash a dog that attacked him. Hashmi, who caught the incident on video, approached CAIR-Pittsburgh once he felt that the response of the law enforcement was a “slow go.” But once CAIR was involved, the case received some media attention, and the man alleged to have assaulted Hashmi was identified and charged.

US Muslim charity, DoorDash partner to deliver food to needy during Ramadan

This is America: A personal reflection on another pandemic Ramadan

Kamla: Use Eid teachings to guide T&T out of COVID-19 pain